Well – it’s over. The last book in the Soulseer Chronicles series is due out this week. Of course I’m excited, but if I’m truthful I feel a bit strange about it, and actually rather sad. It probably sounds weird, but it’s like I’m saying goodbye forever to some very good friends. The only way to describe it really is to say it’s like my best friends are moving away to a place that I know I’ll never visit, where there are no phones, internet connection or any other method of communication. I know they’re out there somewhere, but they’re not with me any more. 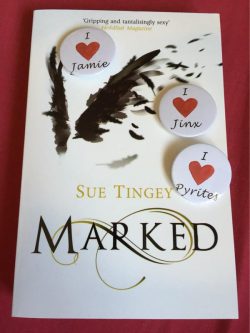 You see, here’s the thing Lucky, Jamie and Jinx are as real to me as any of the other people I know; so are all the other characters. Although I’m no longer writing about them, in my head, they’re still living their lives in the Underlands – even some of those characters who never made it to the end of book three. It’s always a difficult decision, killing off one of your creations, and this is my way of dealing with losing them forever.

In my imagination, when not guarding Lucky, Shenanigans and Kerfuffle are still supping ale in the Drakon’s Rest whilst pursuing their lady loves. Kubeck is probably helping out at his uncle’s jewellery workshop and Baltheza is no doubt as paranoid as ever, continually thinking everyone is out to assassinate him. Pyrites will still be Lucky’s most faithful companion, and Jamie and Jinx – well they’re still larger than life and twice as sexy and I will always love them both.

As for Lucky herself – well, I can’t imagine her life has got any easier. She’s probably still getting sucked into intrigues and dangerous situations; the only difference is now I’m not getting to live it alongside her. Does that sound crazy? 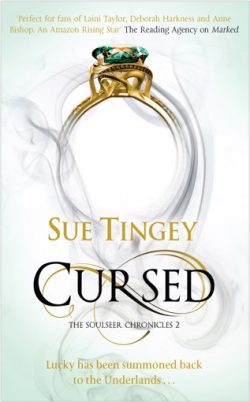 Out of all the characters, I’ll miss her most of all – after all, she’s been in my head and I’ve been in hers for more than four years. Over the course of three books she has come a long way, and I’ve been with her for every step, watching her grow. At the beginning of the series she was a naïve, rather isolated young woman with no friends other than the ghostly Kayla – and even that relationship was based on a lie. By the end of book three she and her life have been transformed and I’m more than a little proud of the strong,    independent woman she’s          become.

Without giving too much away, when we leave Lucky she is just about to begin a new journey. Although I won’t be writing about it, I’ll still be thinking about her and wondering where it will lead her.

Of course, the nature of the job of being a writer is that you create characters who you grow to love, and then you have to let them go. It’s sad – but then you start another story and immediately you’re drawn into another place where you meet new friends. Maybe it’s a short friendship that lasts for just one book, or it can be a whole lot longer. Some authors create continuous series; I often wonder how they know when to let go – and even if it’s possible. In some cases characters even outlive their creators, like James Bond, Sherlock Holmes and Dracula, to name but a few.

Sadly, though, for me the time has now come to say goodbye to my creations. Lucky, Jamie, Jinx, Pyrites and the rest of my friends in the Underworld: I will miss you all, and I’ll never forget you. 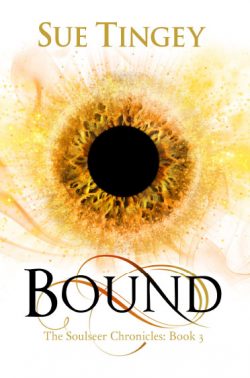 Bound, the third book in the Soulseer Chronicles, is out on 29th June.